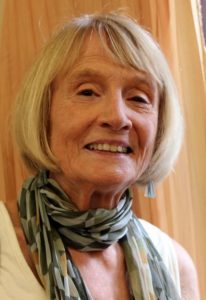 In the late 1960’s, I was among many people who were becoming alarmed at the state of our environment. I was not a true activist, but I wrote to my elected officials, and voted accordingly. I was very excited when the first Earth Day was celebrated in 1970, and was encouraged by the fact that new laws about pollution were being enacted locally and nationally and in a bipartisan manner. We managed to remove poisons and chemicals from our water systems. We removed lead from automobile fuel, and made changes in how autos burned the fuel such that particulates and heavy metals were not bi-products of the combustion. “Clean burning” fuel was the goal; if we produced only CO2, that was seen as a good thing by most people. (In fact, many scientists who worked for fossil fuel companies were already alarmed by the increase in CO2 in our atmosphere. But they were discouraged from communicating this if they wanted to keep their jobs.)

Fast forward through years of combining a career and family, while trying to live “lightly”. We turned off the lights or tv when we left the room; we turned off the tap when we brushed our teeth; we grew vegetables and composted; we recycled. But at the same time, we were caught up in the consumer economy — there were always new electric devices to use; products packaged in plastic; and an assumption that we needed more of everything.

After I retired, I began to volunteer at the New England Aquarium. At first I was just fascinated by the endless varieties of marine life, and the opportunity to share my new knowledge with the visitors. But soon enough I began to learn that if we wanted to protect these animals and plants, we needed to protect the oceans and the entire planet. I learned that excess CO2 from burning fossil fuels creates a “heat trapping blanket” around the earth, resulting in higher temperatures overall, and causing problems ranging from unpredictable weather to oceans becoming more acidic. These things are happening already — not in some distant future. Visitors were always interested in learning more about climate change, and what they can do to help.

One of my favorite animals to present to the public was the Northern Red Bellied Cooter. This little pond turtle used to live all over Massachusetts, but by the 1980’s their population in the Commonwealth had diminished to just small pockets living in and around Plymouth. This was due primarily to human building of houses and roads that disrupted and removed much of their natural habitat. In 1985 the Massachusetts Department of Fish and Wildlife started a program they called their “head start” program. They worked with local high schools as well as non-profit organizations such as the Aquarium to collect baby turtles after they hatched in the fall and before they dug themselves into the mud to wait out the winter. These turtles were about the size of a quarter when they were collected. They were kept warm and well-fed all winter long, and in the spring, when the weather became warm enough, they were released back to their environment. Now they were about the size of a 3-year-old turtle (compared to the ones that had been left to over-winter in the mud, which were still the size of a quarter). This program has now been going on for more than 35 years. Between 1985 and 2005 more than 2500 turtles were raised and released, and they have had an 80% better survival rate than the ones left behind. What a success story! 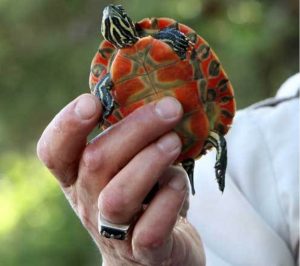 But here is what really inspires me about this story — if you or I find a turtle in the road, we can move it to where it was going and probably prevent it from being run over. An individual family can perhaps save a number of turtles by stopping use of pesticides near wetlands and keeping their pets from hunting them. But here we had individuals, schools, government and non-profit organizations all working together — and they basically saved an entire species of turtle!

I use this for inspiration when I begin to get overwhelmed by the size of our climate change emergency. I know that I personally can make a small difference by making real changes in my own consumption habits — and then I can perhaps inspire my friends and neighbors to do something similar. Beyond that, we can all work with and support local and national organizations that are helping the cause. And we can elect local (e.g. the light board, the board of select-persons), state and national officials who will also work toward a carbon-free future. When we all work together, we can truly begin to take the steps needed to stop and then reverse climate change.

My generation took our eyes off the ball — but my grandchildren will help save the planet! 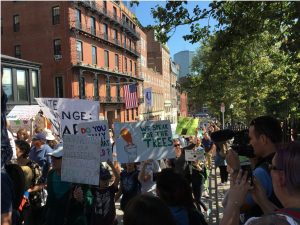 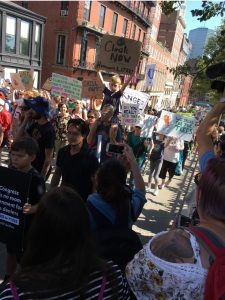 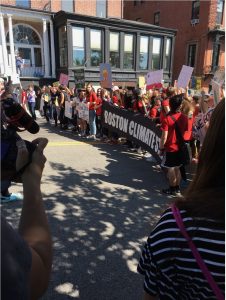