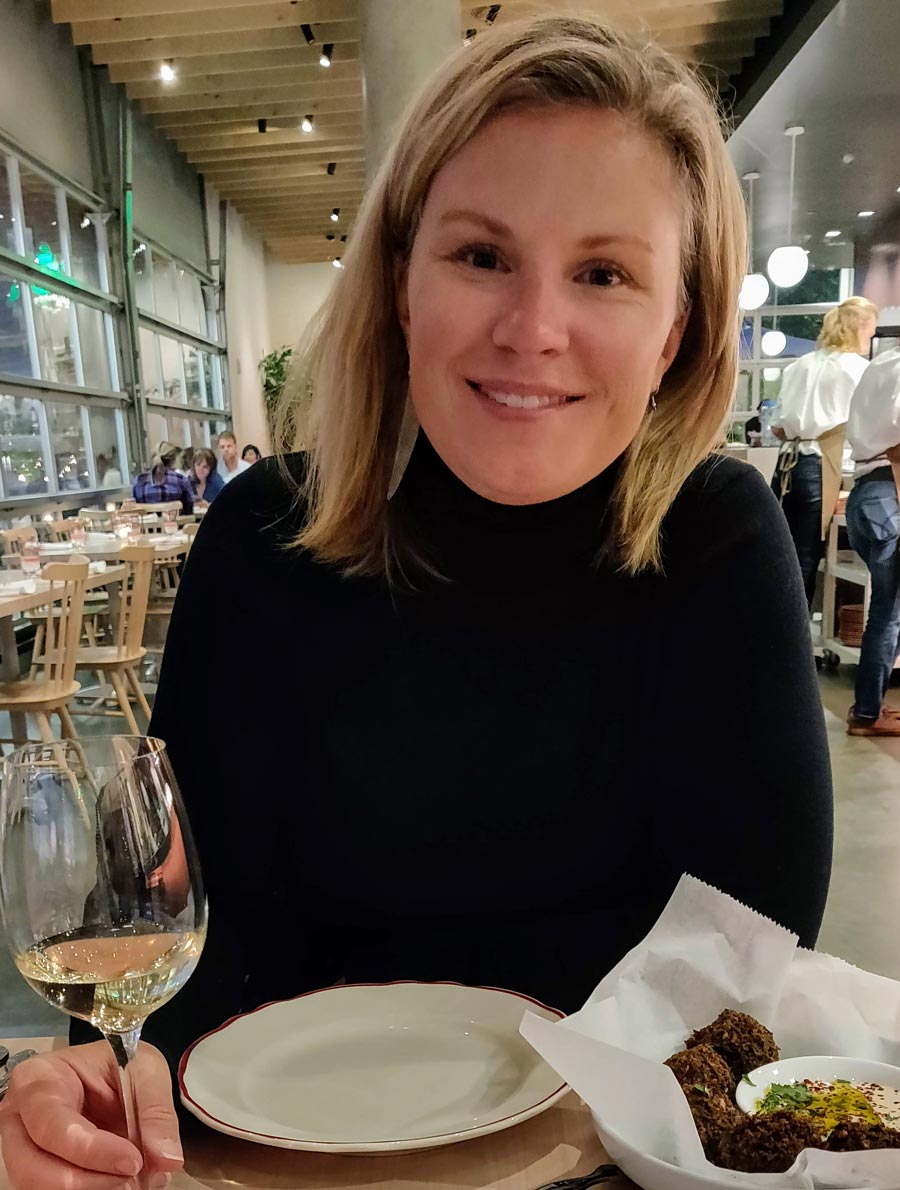 I understood from a young age that humans were negatively impacting the world around us and that I wanted to do something about it. My heroes were the scientists in the National Geographic magazines that I devoured as a child and I knew that one day, I wanted to be one!

In high school I joined the Environment Club, where I started to find my voice including the power and vulnerability that comes from speaking it. I deeply felt the injustice of our actions on the planet and the countless other species that occupied it. Looking towards university, I was never a student that struggled with what I wanted to pursue – I was very focused. I wanted to understand and advocate for the planet.

My undergraduate degree was in Environmental Science and my thesis focused on a region that has always captured my interest – the Canadian Arctic. I researched the presence of carbon fly-ash particles in cores from high arctic ice packs – geologic evidence of human’s combustion of fossil fuels found hundreds of miles from its source. These microscopic particles capture and re-radiate the sun’s heat in the part of the world that was supposed to reflect it, likely contributing to accelerated melting. 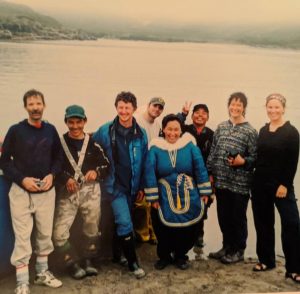 My graduate studies continued to focus on the Arctic. I studied phthalate esters (a synthetic chemical used in plastics) in Arctic marine food chains and found levels there that were not much different than those found in more inhabited and industrial regions to the South.

The Arctic is a vast and beautiful part of our world that few people get to see. Despite being remote and sparsely populated, it is far from immune to chemical contamination and the effects of climate change – in fact, it is highly vulnerable – a canary in a coal mine that few bothered to listen to.

While I loved the science and working in the field, I felt that more work was needed in translating scientific results into real policy change so I began my career as a policy advisor in the Canadian government. As I climbed my way through the public service, I had an opportunity to research and analyze climate change across a range of topics including forestry, energy, freshwater and agriculture. I even helped facilitate some of the early discussions in government on the impacts of a changing climate on the enjoyment of human rights in Canada and across the world. These types of discussions and an increased awareness of the far-reaching consequences of our actions amongst the world’s most vulnerable, would soon become its own discipline of climate justice.

While the environment was often at the forefront of my professional life, I was subconsciously letting its priority slip in my personal life as I transitioned to a wife, homeowner and mother trying to navigate the realities and demands of a busy career and family-life. That being said, our hometown was designed to help certain aspects of green living succeed, with or without even trying! We were sustained by great public transportation, curbside compost pick-up, safe cycling and walking networks and cultural norms that I now recognize as being quite green. 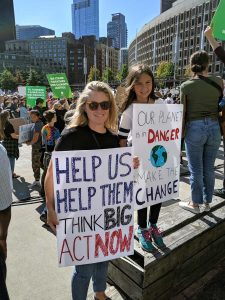 When I moved to Hingham, it was clear that living green was going to be an uphill battle as our town, as lovely and welcoming as it is, isn’t set up for a low-carbon lifestyle with big houses, big vehicles and a car-dependent layout. As a newcomer, I wanted my family to fit in so we decided not to outwardly express our concerns, but rather quietly promote green behaviors for our kids within our four walls. As someone who has been dedicated to the environment for her whole life, it was very challenging to have no productive outlet to act and advocate for green endeavors within a larger community. I grew increasingly frustrated and cynical.

Then early last year I heard a young woman named Greta Thunberg addressing world leaders on climate change. She conveyed the science and the urgency of this crisis in a way that no scientist or policy maker has ever managed to do. Her fearlessness and brutal honesty inspired me to reconnect with the passion I discovered in my teenage years. I needed to find my voice again and redirect my frustration into action.

I started by offering to give a presentation to my daughter’s school on climate change, which was very well received by the students, but also by the teachers and the parents in attendance. They were engaged and wanted to know more. I was somewhat caught off guard by their interest! I floated the idea of starting a green lifestyle social media account to a friend that saw my talk. She was so enthusiastic and supportive that I felt I had no choice but to do it. So I started Go Green Hingham (@gogreenhingham) in November 2019 and I’ve had nothing but positive feedback.

In finally expressing my voice, I have become re-energized and I have met so many new people that are committed and dedicated to the planet, including the wonderful folks of Hingham Net Zero. When I first heard of HNZ, I jumped at the opportunity to get involved. It felt so good to be a part of something that reflected my values and I am so inspired by all of the members that volunteer their time and expertise to make our town a greener community that is part of the solution – not the problem.

My beautiful girls have witnessed the change in me and my new found dedication, because as cheesy as it is, I am doing this for them. It may not have been driving me when I started my green journey over 30 years ago, but it is what fuels me now. I want my kids to know that I did not sit on the sidelines – that I fought to ensure they have a future in this world. I hope that I am teaching them that if you want change you need to get out there and make it happen. There is so much potential for positive change in our town and I am hopeful that we can accomplish significant carbon reductions that we can all be proud of. It all starts with good intentions and the rest will follow. 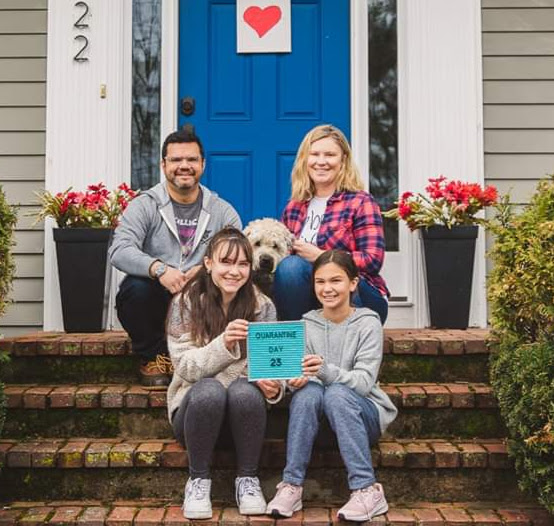